The money and card fraud allegations against Korapay, a Nigerian payment startup have been cleared. The payment startup has been accused by Kenya’s Asset Recovery Agency (ARA) of money laundering among other frauds in July. 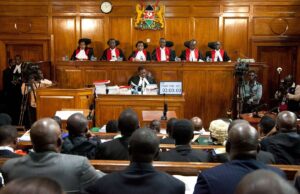 ARA is a Kenyan agency that identifies, traces, freezes, seizes, confiscates, and recovers proceeds of crimes in the East African country.

In July 2022, ARA filed two separate suits. This led to the freezing of Kora’s account alongside Nigeria’s Kandon Technologies Limited by a Kenyan Federal court.

The businessman on the other hand is Simon Karanja, whose 62 bank accounts have been frozen over similar allegations.

Because of the July 14 ruling, both startups could not operate the frozen accounts for six months until investigations are complete.

The aftermath of the Investigation

It appears the case has been settled out of court just four months into the investigation. This is according to documents seen by TechCabal.

In a document filed on the 19th of October, 2022 by state counsel Stephen Githinji on behalf of the ARA director, the agency said that it has withdrawn its lawsuit.

Another document issued by the Directorate of Criminal Investigation (DCI) in September, shows that there is no evidence to prove both companies guilty.

Reacting to this, Kora’s Chief Operations Officer, Gideon Orovwiroro, in a statement said,

“We are confident that the Kenyan courts will come to see that the accusations against us are not only wholly baseless but borderline malicious.”

As part of the capital requirements from the Central Bank of Kenya (CBK) to obtain a payment service provider and remittance operator license, Kora deposited the sum of $250,000 in its freshly opened bank account.

This amount was left untouched pending the granting of Koraplay’s license. This is also in line with CBK’s requirements

NEO and SWITCHEO on a quest for...