Prime Video Nigeria has wowed Nigerians with its first-ever drone show in West Africa as it celebrates the Lords of The Rings premiere at Eko Atlantic City, Lagos Nigeria. 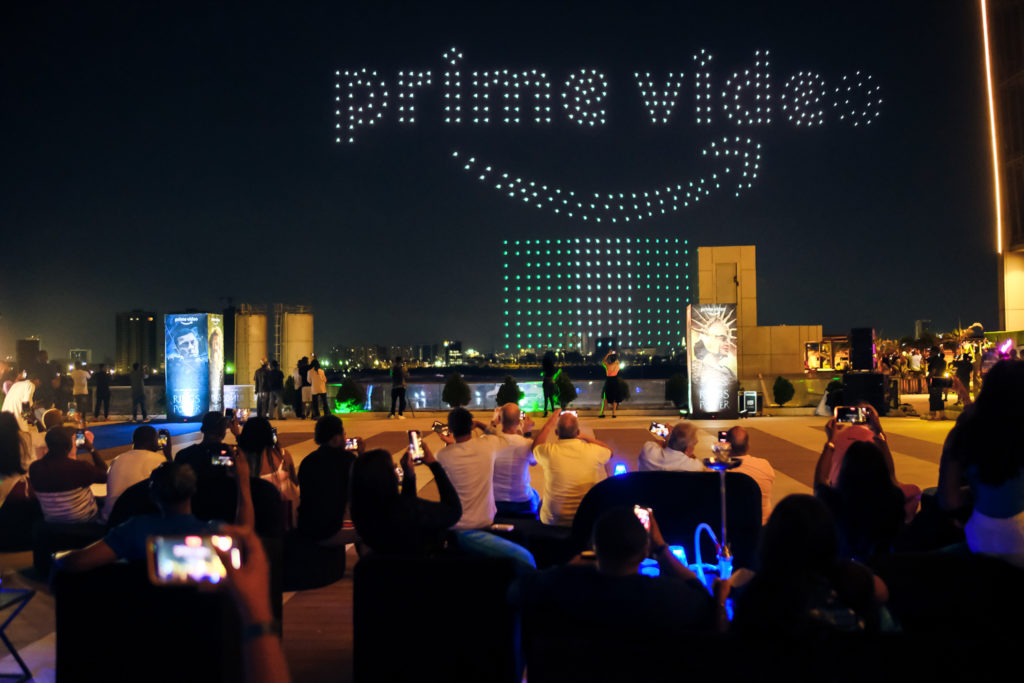 The event saw hundreds of drones light up the sky in a dazzling, stunning display. As one of the world’s leading online streaming services, Prime Video let Nigerians know they can put together a party.

Prime Video platform has a lot of options to choose from, ranging from movies, TV shows,  and documentaries amongst others. Now, they are making headlines with their groundbreaking drone show.

The top streaming platform provided fans in Nigeria with the most incredible experience possible, seeing hundreds of drones lit up the sky. The drones created the Lord of the Rings universe’s symbol of power, the ring.

Read Also: TikTok To Introduce “Adult-Only” Option on Its Platform

About Prime Video “Lord of The Rings”

The Lord of the Rings was written by J.R.R. Tolkien, who was an English writer and philologist. The storyline is set in the fictitious Middle-earth. It follows a large cast of characters as they fight against Sauron and his army of Ors.

The fantastic series properly concluded with the drone show. Fans were thrilled and expressed their appreciation for The Lord of the Rings: The Rings of Power.

Not only has Prime video shown us that they can put on a good show. They are also making sure Nigerians have a front-row seat to the latest and greatest technology.
Follow techkudi.com for more tech and fintech news
Drone showsDronesPrime VideoStreaming services
0 comment
0
FacebookTwitterLinkedinWhatsappEmail