According to Downdetector.com, this was detected around 3:17 am. Downdetector helps to monitor outages across internet services. 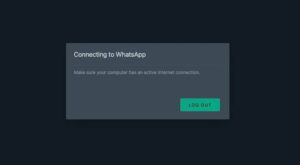 It was reported that users had a problem sending and receiving messages. The number of people who experienced this was up to 11400.

Some users also had issues with its functionality. The service was still not restored at 4:05 a.m. ET.

What WhatsApp Had to Say

Meta, its parent company has also confirmed the outage.

The messaging app assured users that its team of experts are working to restore the service to normal functionality.

WhatsApp has around 2 billion users in worthy countries such as Nigeria, India and Brazil.

When was it Introduced to Nigeria

WhatsApp was introduced in Nigeria on its 8th anniversary, February 24, 2017.

With its presence in Nigeria, it launched a new Status feature similar to Snapchat and Facebook.